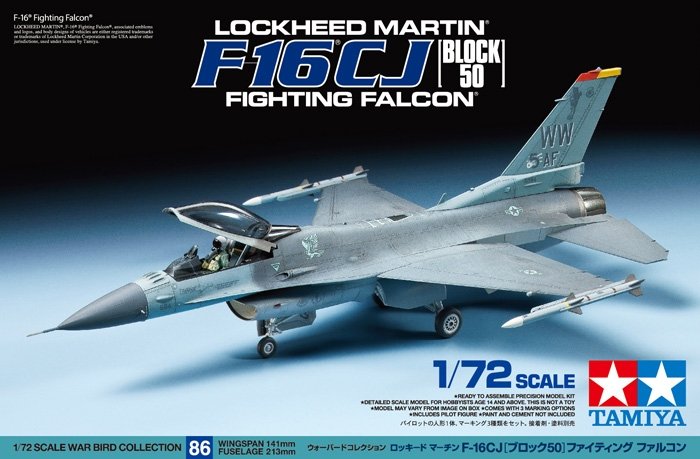 The Lockheed Martin F-16 Fighting Falcon is a single-engine multirole fighter aircraft originally developed by General Dynamics for the United States Air Force (USAF). It was designed as an air superiority day fighter and later it evolved into a successful all-weather multirole aircraft. As of 2012, over 4,500 aircraft have been built since production was approved in 1976.

In 2004 and in 2008 Tamiya's model designers captured this iconic fighter in 1/48 scale and in 1/32 scale respectively, which both models received tremendous accolades from the modeling community and the industry press.

The third release continues Tamiya's tradition of excellence with this 1/72 cale model. This version is specifically of the F-16CJ (Block50) and it shares some of the same level of details as its larger counterparts. It is the perfect scale model for modelers confined to smaller display areas to show off their hard modeling work.