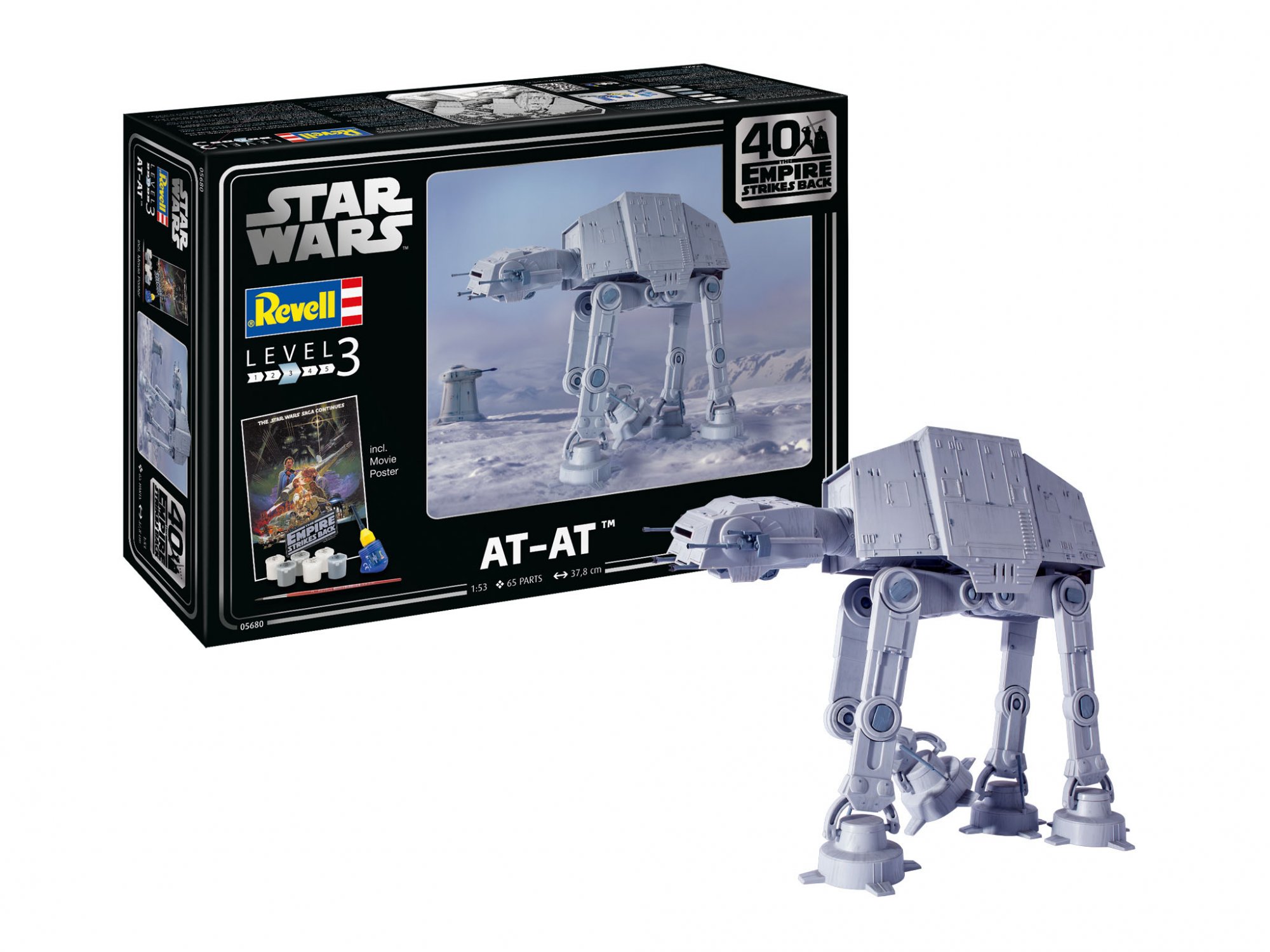 Very simple model kit for the heavily armored AT-AT, which was also used for the attack on the rebel base on the ice planet Hoth. The front, heavy armament covers a large field of fire as the head can be swiveled. The "armored transporter for every terrain" (All Terrain Armored Transport) is set down on planets and picked up again by means of large landing ships, which, however, do not come close to the battle itself.